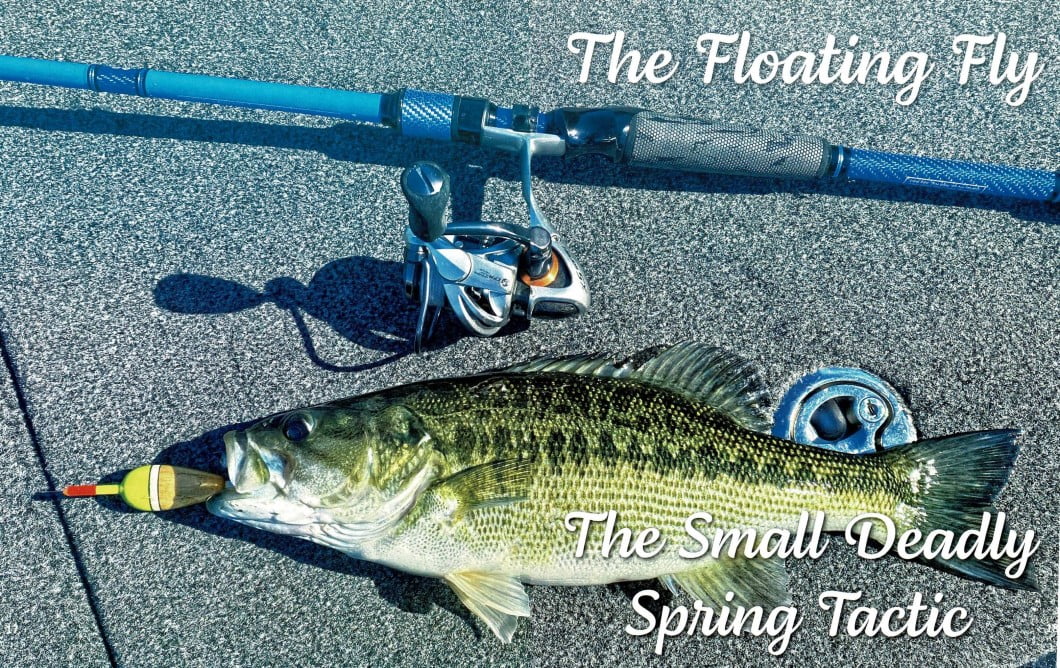 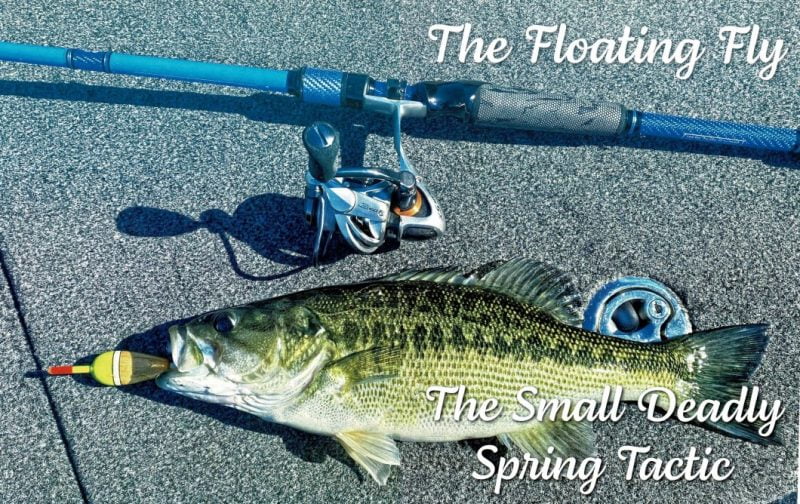 Appearing in the Summer edition of American Bass Anglers Magazine

That old adage “bigger baits catch bigger fish” is true—in most cases—but not with this one.

Personally, I’ve caught a ton of fish over 3 pounds on waters where a 2-pounder is considered good. My largest fish on the fly is a 5-pound spotted bass, and last week I stuck a 4-pounder.

First of all, this is a really fun technique. Watching the bobber get sucked under the surface will, for most of us, trigger childhood memories of when we first learned to fish, really spiking one’s adrenalin. Then, setting the hook with light line and fighting a 3- to 4-pound bass, for what seems like an eternity, is downright exciting.

The hardest part of the technique is finding the right place to fish it. Lakes with steep bluff walls are perfect. I look for places with 15 feet or more of depth near the bank, with big rocks, waterfalls, and channel swings with cut banks all being prime ingredients. Be creative as this bait shines when the fish are in the 10- to 20-foot zone. 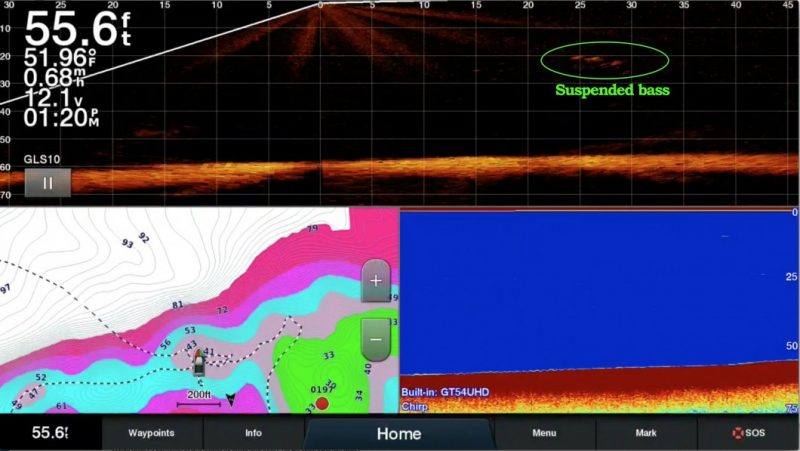 at point. I then noticed a few fish swimming in 20 feet of water about 25 feet ahead of the boat. If you have Garmin LiveScope, this is most likely not the first time this has happened so you should be prepared. I tossed out a Float-’N’-Fly, landing a nice 2 1/2-pound spotted bass before catching a few more out in open water. 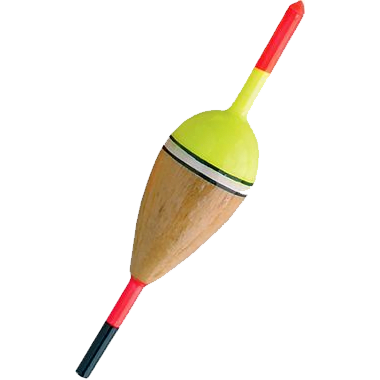 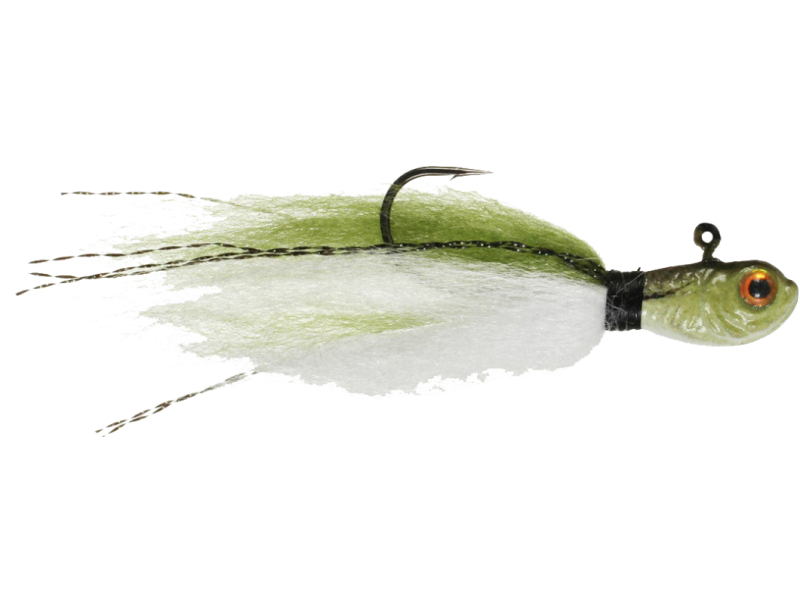 I don’t use a bobber stopper because they tend to tangle the line and can get caught in the guides. Instead, I tie a Uni-to-Uni knot so that the knot is larger than the hole in the bobber, which stops the line at the end of the leader. This is more difficult to re-rig but fishing it is much easier. I’ll generally start with a 15-foot leader so that if I do snag the fly, I have a little room to re-tie. Once it becomes shorter that 12 feet, I’ll replace the leader.

Similar to fishing a jerkbait, the hardest part is knowing how long to let the fly sit. I cast the fly close to the bank, letting it sink until the bobber stands upright. Finding that right depth can be tricky because you want to be as close as possible to the bottom without actually touching. Most often I’ll cast it a little shallower than my leader is long. If I notice my bobber isn’t standing upright, I’ll give it a little tug to bring the fly deeper until the bobber does stand up. At that point the waiting game begins. I’ve had days when the fish bite as soon as it gets close to the bottom and others when I had to let it sit for 30 or mor 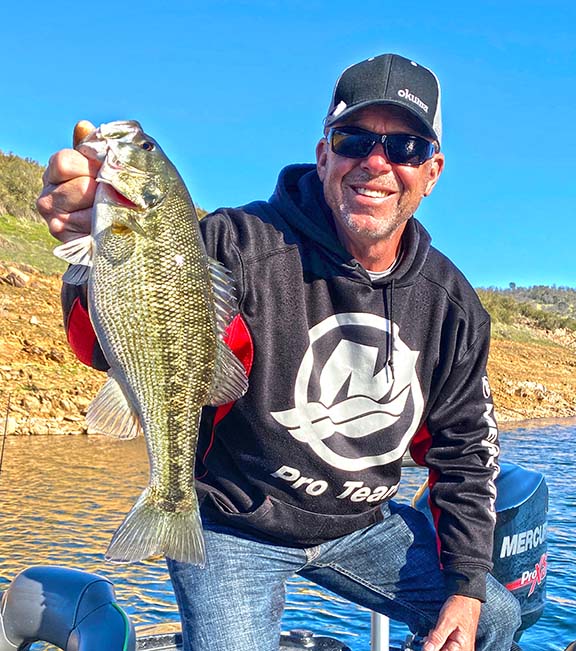 e seconds. Be sure to keep an eye on the float once it goes under set fast as they won’t hang on long.

I mostly use the SPRO Phat Fly because it works great right out of the package. They make two sizes in 1/16-ounce and 1/8-ounce. I generally use the heavier of the two as it seems to fall at a better rate than the lighter fly. I’ve had the best luck with the Bluegill color, but at times the Blue Shad, Baby Bass or Grey Ghost outperform—in other words, experiment to see what’s best for that day.

Mark Lassagne, from Dixon, California, served our great nation as a U.S. Marine. He is a successful tournament angler competing on the West Coast. In addition, Mark is the editor-in-chief of Bass Angler Magazine. In 2016 he was the California Bassmaster Federation State Champion. He has qualified for the Bassmaster Top-150, West Coast Bass Classic, and FLW Costa Championship. As a tournament angler, Mark has cashed a check on nearly every lake across the West Coast.