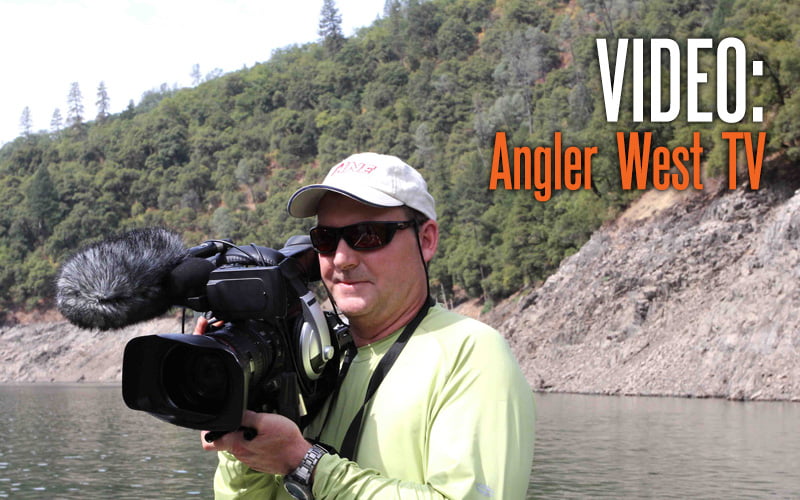 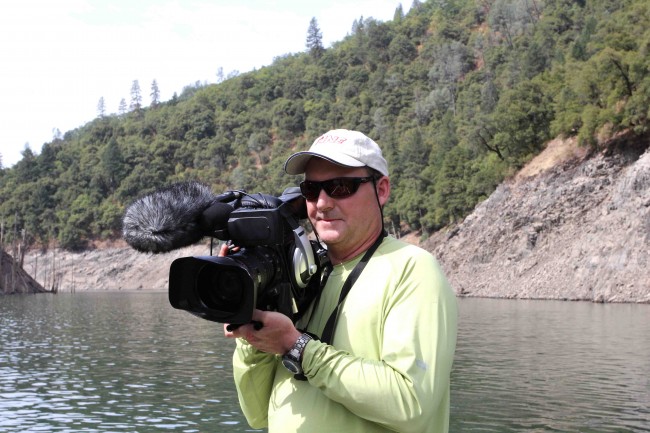 Up river current is determined by the amount of flow from the dam and the dam flow is determined by the amount of electricity needed by the lower cities like Sacramento.  It was getting hotter as the day progress and we could see the current increasing, thus hoping the bite would pick up and the better fish would show themselves. Moving up into the river we tried different baits. I was throwing a R2S Biggie and a Rover top water, Russ was throwing a Revenge spinerbait and a craw colored Wiggle Wart.  Russ got one on the spinnerbait and I got a good hit on the crank , not too exciting so we drifted back and hopped spoons in the deeper holes managing a couple small fish.

Somewhat disappointed we headed back down the river a ways to see what we could spoon up. We arrived back at our starting spot, Russ caught one right away but it was still small we then headed in and out of the trees catching a fish here and there but once we headed into the creek channel we found the mother lode. The bass had the bait corralled in the creek channel in about 25 feet of water, then we caught fish on almost every drop for 45 minutes. I’m not sure how many fish but it had to be well over 30, most were small but we got a few 1.5 lber or so. (A two-pound fish on Lake Shasta in the summer is a good size fish)