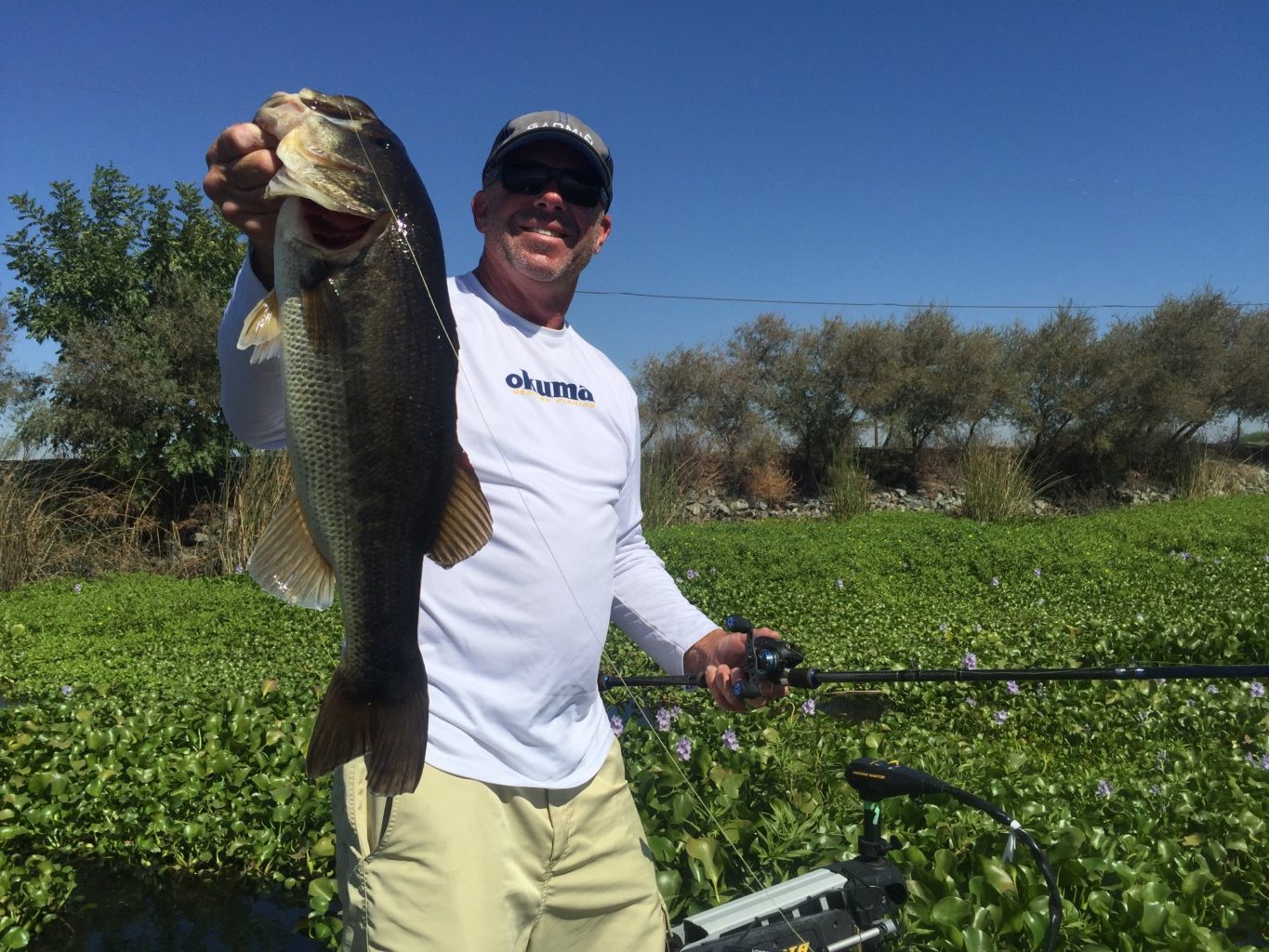 When you fish tournaments on tidal water, it’s all about timing and you need to figure the fish out consistently or you’ll be fishing for second place.

Pro angler and Mark Lassagne had them dialed in this August, boating a 5 fish limit for 25.77 and his partner for the day landed 19.35 with their best going about 30lbs. Mark and his partner took 1st and 2nd while 3rd place only had 11lbs.

You have to wonder, was it just luck, a killer spot, and could it happen again? It wasn’t luck, and the day comprised many spots and yes it’s happened before and it will happen again and again. Look back on YouTube on the Informative Fisherman’s channel where Mark and Nick went out and landed over 30lbs this time of year. Last year, Mark won a couple of events and just missed winning a couple more, all using the same technique and all in different areas.

If you’ve followed the publisher of Bass Angler Magazine, you know Mark Lassagne’s go-to technique is punching where he has done well over the last few years.

OK, Mark likes to punch, and he gets big ones doing it but where does he fish?

We asked his this question, and the answer was “it doesn’t matter”!

What? How could that be? Mark said, “It matters what but not specifically where”.

Mark went on to say, “you need three things this time of year: the right tide, current and green stuff”.

The fish want to be in the thick green vegetation, hyacinth is best, but they have been spraying it so that’s not always an option so fish penny wart or most anything green that makes a canopy with some water under it, even dead hyacinth is OK.

The current, summer and early fall bass like to be in the current, not ripping but just some moving water is good.

The right tide–this is the toughest one and will take experimenting. This can change from day to day depending on other factors like weather, wind, if they are pulling water, bigger tides, water clarity, area and type of cover.

Mark guided twice last week where his clients caught over 30 fish each trip. Those days the best bite was the last hour of the low tide into the first hour of the high tide, then the bite died for a while. On Saturday when he caught the big bag, the best tide was the top of the incoming.

Mark’s key to a successful day is running the tides; he generally starts in one area sampling different (generally productive) spots to see what’s going on. Then, based on what he’s found, Mark adjusts his plan. If he can’t get bit, he will either stay in the area waiting or head west going into the tide.

The tide starts in the ocean (west) and travels inland eastward (also south and north) where you can fish the same tide for several hours.

Once Mark catches fish, he will travel to the best cover in that area looking for those good bites. The bite will get good for a period of time 30 minutes to two hours where you will notice a spike in activity. Mark said, “You’ve probably noticed it before pulling up to a spot and wacking um”. Watch this spike catch as many as you can, then head inland where you can catch that same tide again and again.

Mark is always asked about specific spots. On last Saturday Mark shared that he caught big fish in several spots he had never fished before–just looking for places that look right.

Next time you’re your out, try hanging out until they bite and when they do, look for those key spots and follow the tide as far as you can.