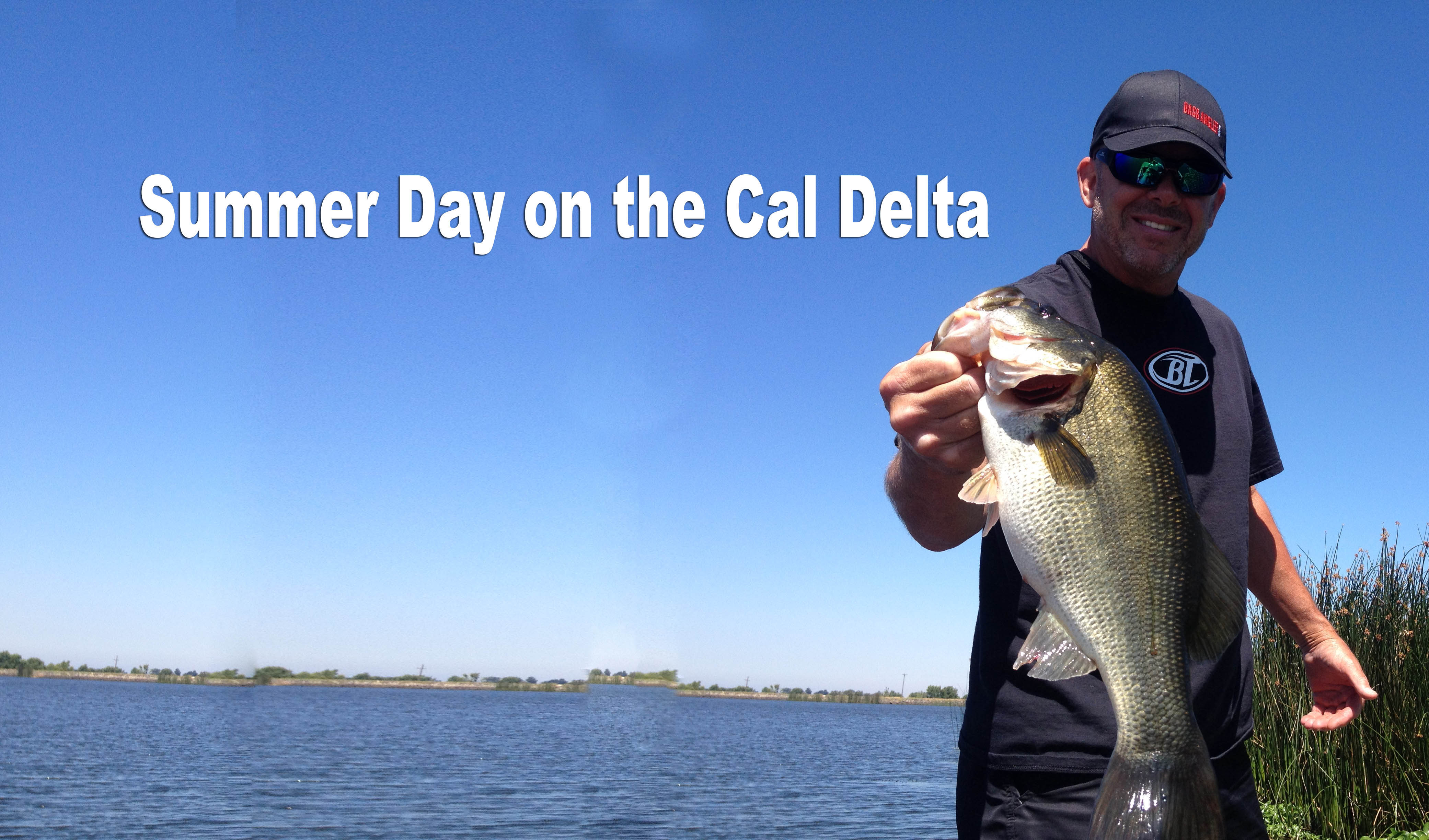 It was Wednesday, July 9th, a Summer Day Fishing the Cal Delta we launch at 5:15 AM on the Cal Delta from B&W Marina in search of tournament size bass. Since it was still dark out, we got on the trolling motor instead of using our usual run. I choose to use a noisy bait that the fish could find. We both had a River2Sea Whopper Plopper tied on, same bait in the same color, Monkey But. I cast #1 across the point and nothing happened. Not being able to see in the darkness, I made my 2nd cast too close to the shoreline and a three and a half pound bass clobbers it. I thought it was a seven pounder by the way it hit, but I was still happy to have a quality fish before the sun even comes up.

Continuing down the bank, we get a blow up but we were still unable to land any fish. They seem smaller here anyway. Switching up to a white frog, I land a pound and half bass. My partner lands a small one on the Plopper. The sun comes up and we land a couple more bass, but they are all small.

We switch spots to an area with a lot of current. The tide is about halfway out at this point. Fishing down the bank, we land a few more bass but they are also small, like one pounders. So were on the move again.

I just wanted to mention that I was practicing for a tournament coming up in a couple days. 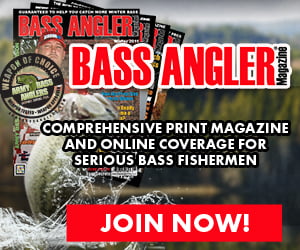 This next spot is a rocky point with good moving water where we landed a couple more bass but still no size.

Since I’m pre fishing for the tournament, I won’t stay in an area unless there are quality bass. If I find a spot with quality bass, I will leave before catching too many. Spot five is a tulle lined bank with rock, tulles, weeds and current, which has many places to cast a moving bait so I switch up to a rattling bait in baby bass color. I use this color this time of year because there are many small bass and big bass eat small bass. This might sound bad, but they do. Casting in and around the targets in spot five, I feel good about it but still fail to land a fish over two pounds.

Spot six is like spot five, but I caught good ones there a week ago. It has a few fish but still no good ones. At this point, we have caught about 15–20 bass and only one over three pounds.

About two hours into the day we reached Spot seven, we go shallow and break out the punching gear. An Okuma TCS 7’11” XH flippin’ stick, 65lb braid, 1oz R2S tungsten Trash Bomb and a Yamamoto Flappin Hog  in green pumpkin red . Three casts later, we have a good two and a half and a couple more close to that. We head down that bank, fishing fast and trying not to hit every spot. We get a four pounder and a couple more decent bass. We leave this area not wanting to burn it up before the tournament.

Things are looking up. We were biding our time until the sun came up, thinking the fish would move under the thick weeds and Hyacinth.

Spots eight through twelve were all punching places, but the bite seemed to have died once we left the prime area. The tide is now pretty low and I’m thinking maybe the fish moved out of those shallow matted areas so we headed over to a rock bank with a little depth and I tried out my white Jack Hammer Chatter bait with a white Swimming Senko. With the Third cast I caught a nice two and half pounder, then I caught another two and another two, wow here they are. Not giants, but pretty good quality.

We fished a few more similar spots like this and got some more bass, but nothing over the two pond range.

Heading to the next spot I notice a Hyacinth mat sticking out from the bank, one flip in and I see it has two feet of water, second flip and I land a four pounder, I mark that spot and try to find more like it. Since I’m practicing, I found a couple more and mark them but I don’t fish. If I catch a big one today for sure, I won’t catch him later.

It’s now low tide slack to coming in a little; we hit several spots but no luck. When the tide is low, I try to find major intersections, so we headed to the main river. Just then a big ship comes by sucking the water out of all the local backwaters, making everything there a muddy mess. We fish a few spots but nothing and we head off the main river for some cleaner water.

We find a tulle bank with some deep water and Hyacinth, where we land a few more bass close to two pounds but nothing to write home about. From there we hop around trying different spots, mostly punching. At this point we are landing a bass about every 15 minutes, but still not the quality I’m looking for.

It’s getting close to two o’clock now and we’re making our way back to the ramp still trying new spots but now with the higher water we are fishing a variety of baits, the chatter bait, rattling bait, Whopper Plopper and punching.

The last spot we hit had wooden poles off the bank, so I’m using the chatter bait and my partner is using the Plopper. The water explodes right at the boat, four pounder just crushed the Whopper Plopper, he lands it, we fish a few quick spots and head in.

All in all, a good day. We had 30 something bass for the day, three four pounders and other good ones for about 18 pounds plus. We left the suitable areas alone. If this holds up, it will be a good weekend, but it’s fishing and you just never know.

My name is Mark Lassagne (luh-SAYN). I live in Dixon, California and proudly served our great nation as a US Marine. As a competitor, I love tournament bass fishing and have had some outstanding success competing up and down the West Coast. Besides tournament fishing, I own and run Bass Angler Magazine – a nationwide publication focusing on the how-to aspects of bass fishing.