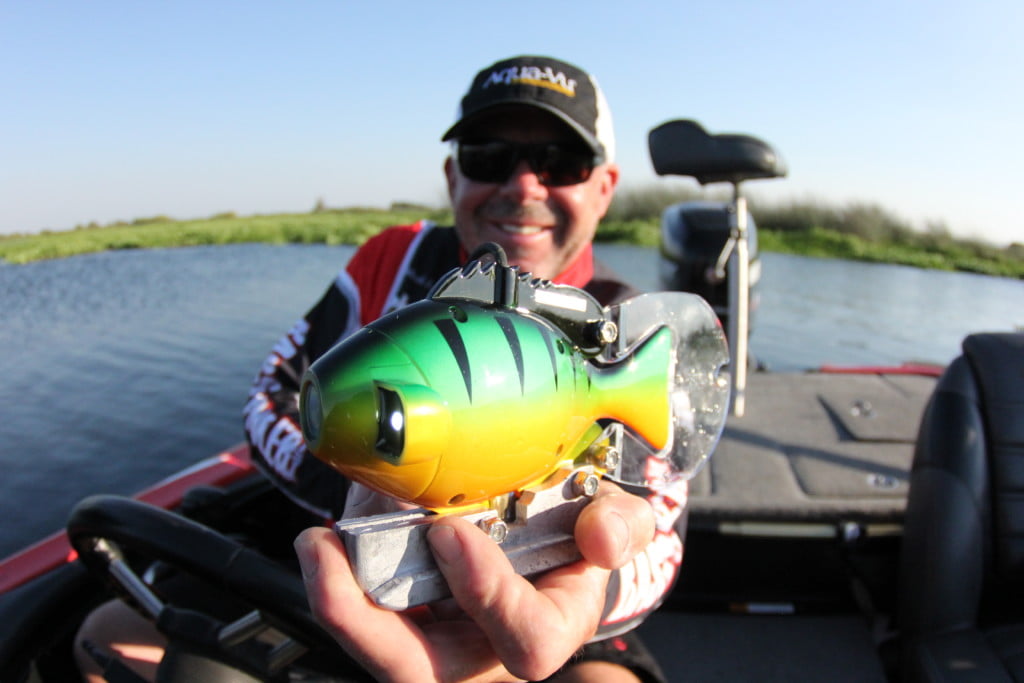 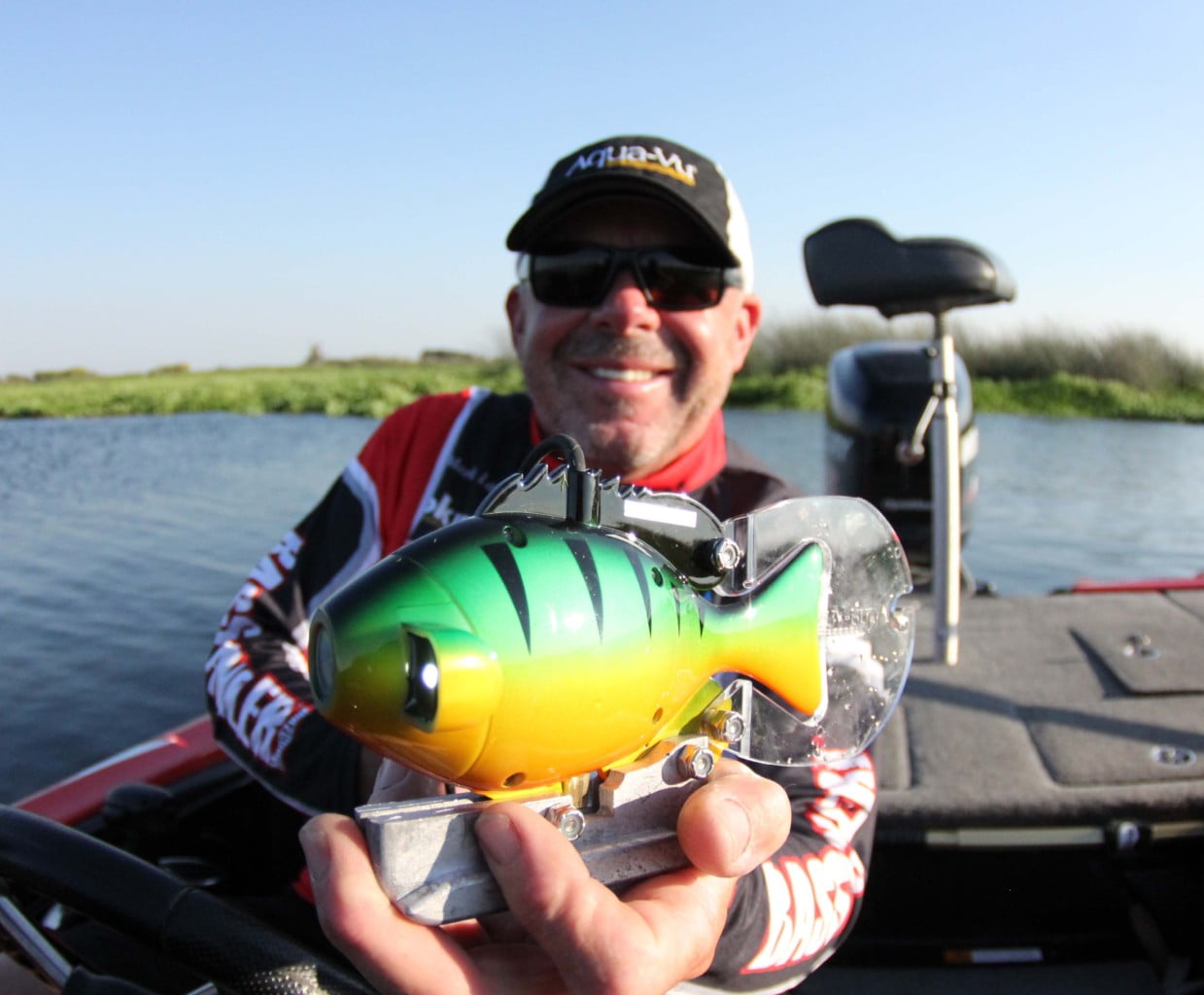 Winter bass generally travel to the main lake in late fall and stay there until the water warms and then make their way to the shallow to spawn. Though this is the general path, not all fish follow these rules.

Since fish are a living, breathing creature, they can travel as they need to maintain their own way of life, whether it fits into our idea of their normal travels.

On one cold winter day on a reservoir in Calif the water was in the mid-40s and we were struggling to catch fish, so several times we lowered my Aqua-Vu down attempting to locate the bass.

What we found after several drops was there were a large group of smallmouth in the back of a cove about 20ft deep. Many of these fish were so close to the bottom that it was difficult to tell even with the state-of-the-art Garmin with Chirp Sonar and excellent target separation. Without an underwater camera, we never would have known.

After locating these fish, I worked the school with several baits but was unable to hook up. Next, we went to the closest point and bingo we got a 3lb smallie plus a few more, realizing they were living in the cove but feeding on the point. 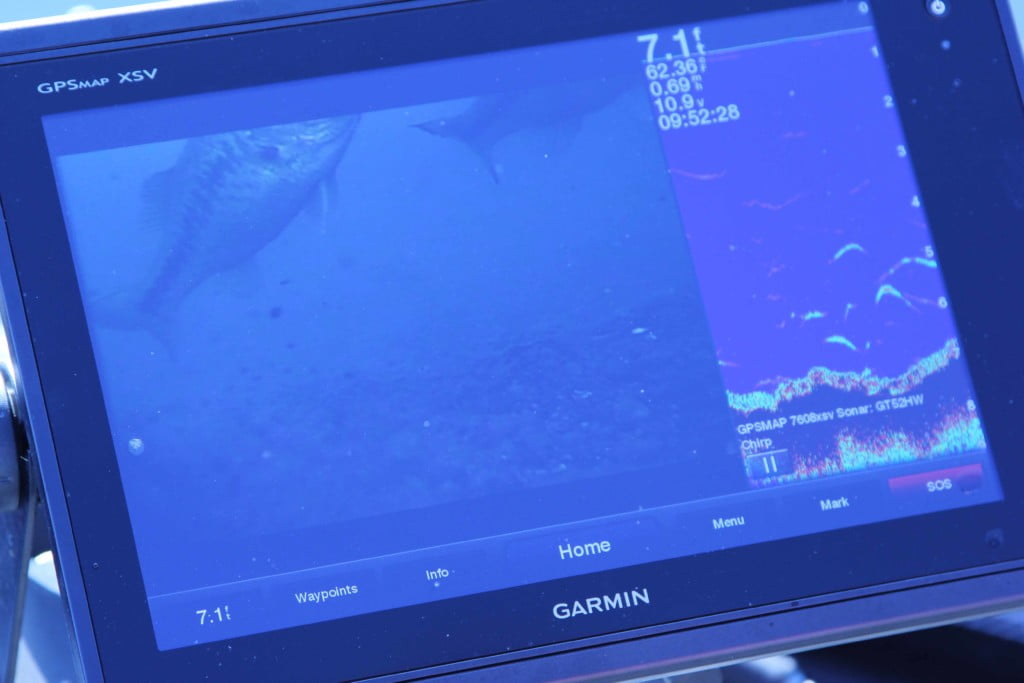 about 20ft of water on main lake points. In an attempt to figure out what was going on, we lowered the Aqua-Vu down to the 20ft range and found no bass, but after we lowered it down to 50ft, they started showing up.

Armed with this knowledge, we moved out to the 50ft range and started catching fish early following them shallow (20ft) to the afternoon. Another lesson learned that day if the sun didn’t come out those fish stayed deep.

Fishing Lake Camanche, another Calif lake during the winter we found drifting across a large main lake flat we could pick up an occasional fish but not more than one. This is winter time and fish “generally” school up this time of year, but we could only get one at a time.

Lowering the Aqua-Vu down and drifting across the flat, we would see a single bass aggressively moving around and even following the camera. These bass were loners up feeding on the flat and easy to catch–once we would see one on the camera, we could lower down and catch that fish.

We learned a couple things that day, one is they used that flat to feed meaning we could cover water search for the active fish and two we saved a lot of time by moving instead of camping in a spot trying to activate a school of bass where there wasn’t one.

Over the last year there’s been many such occasions where an underwater camera has changed the day from bad to good.

A good depth finder will tell you a lot about what is going on underwater, but a camera will validate exactly what is down there.

If you like this story, you’ll love Bass Angler Magazine the best bass magazine in print.